A Flock Of Seagulls – I Ran 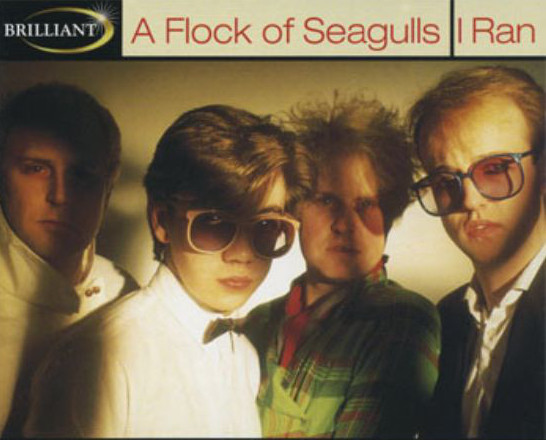 Album: A Flock of Seagulls
Released: 1982

The single was promoted by a distinctive music video directed by Tony van den Ende in which the band members performed in a room covered in aluminum foil and mirrors. The cameras used to film the video are clearly visible in many of the background reflections, their stands also covered in foil.

A Flock of Seagulls are a new wave and synth-pop band originally formed in 1980 in Liverpool by Michael “Mike” Score (lead vocals, keyboards), his brother Alister “Ali” James Score (drums), and Francis Lee “Frank” Maudsley (bass), with their most famous line-up consisting of the Score brothers and Maudsley along with lead guitarist Paul Reynolds.

Roxy Music – Love Is The Drug